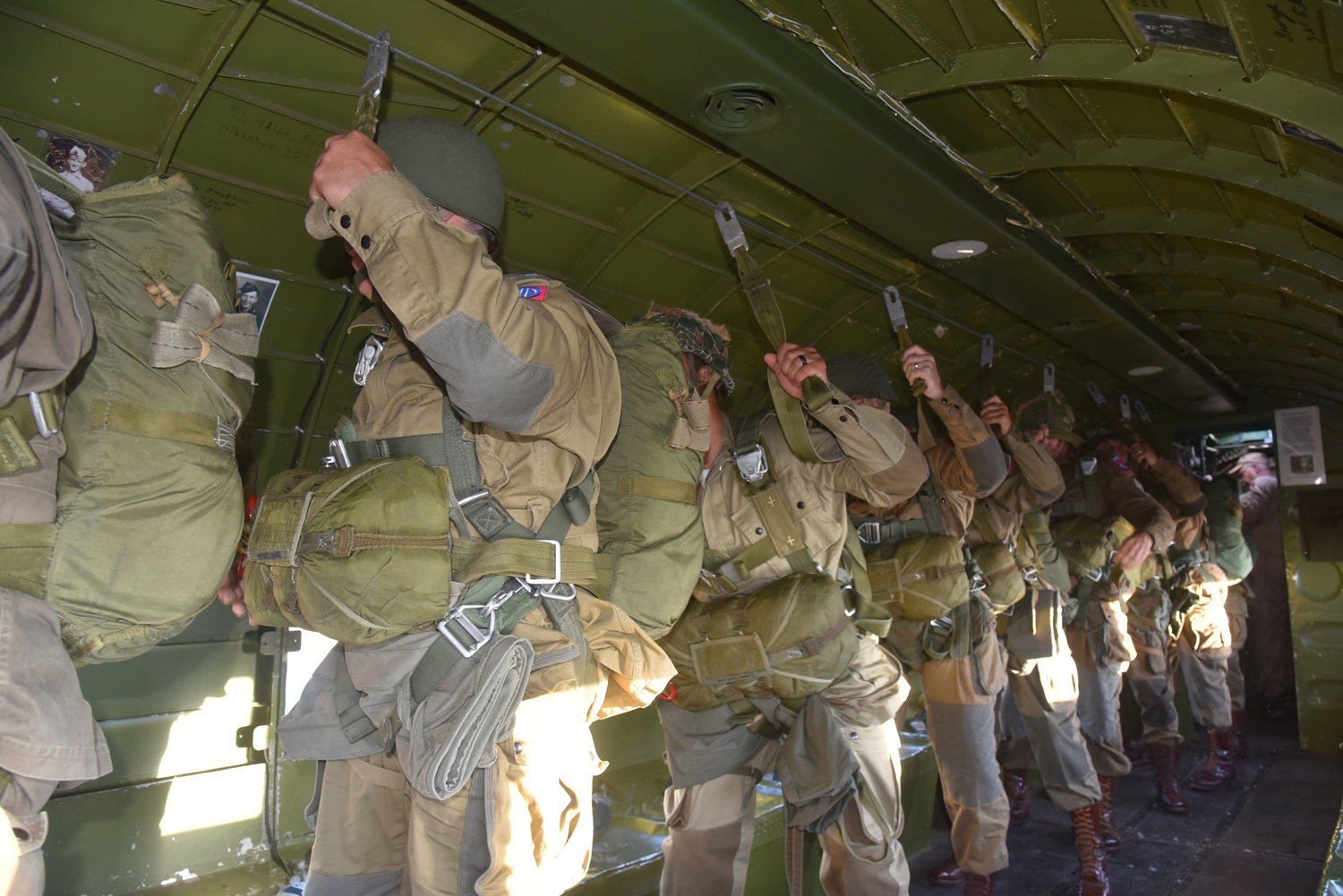 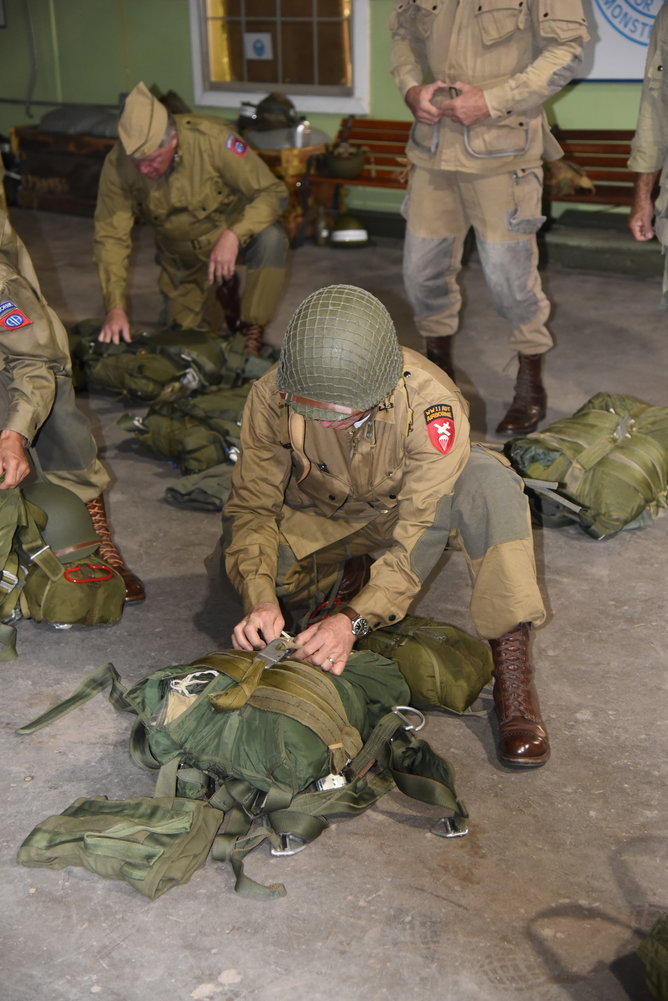 WWII ADT members check their gear before loading up to parachute from a WWII era C-47.
Kathleen Guill | Press-Leader 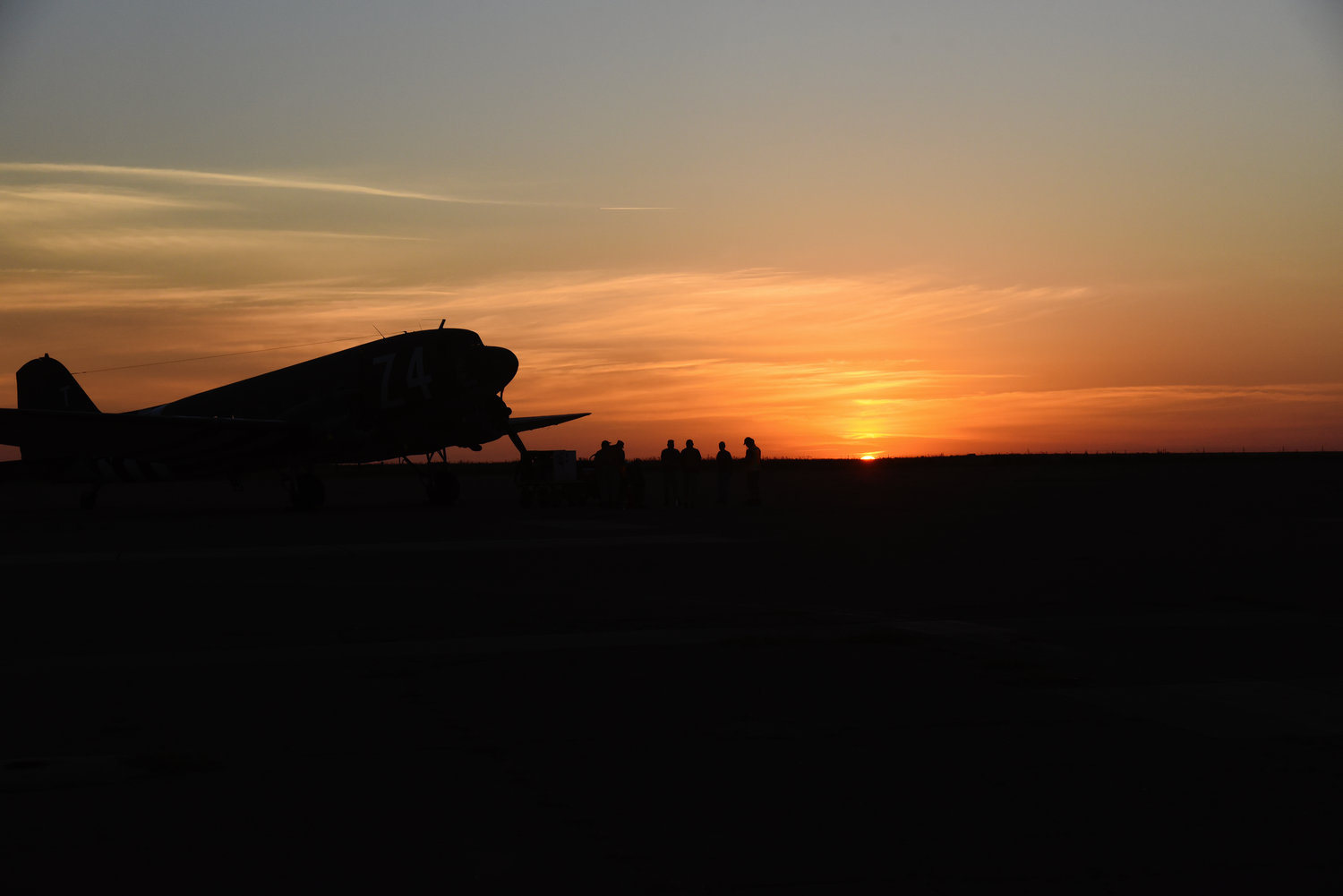 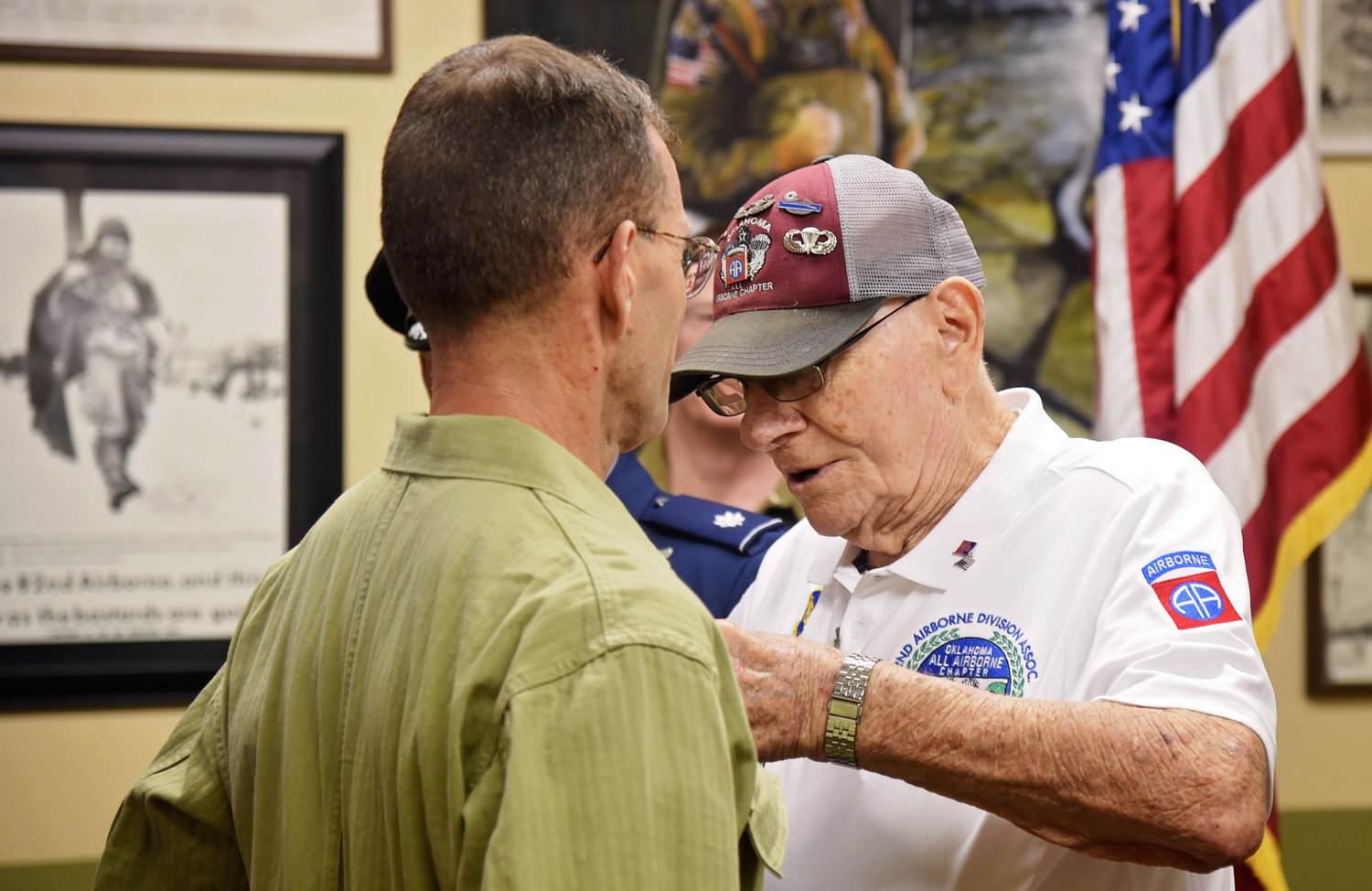 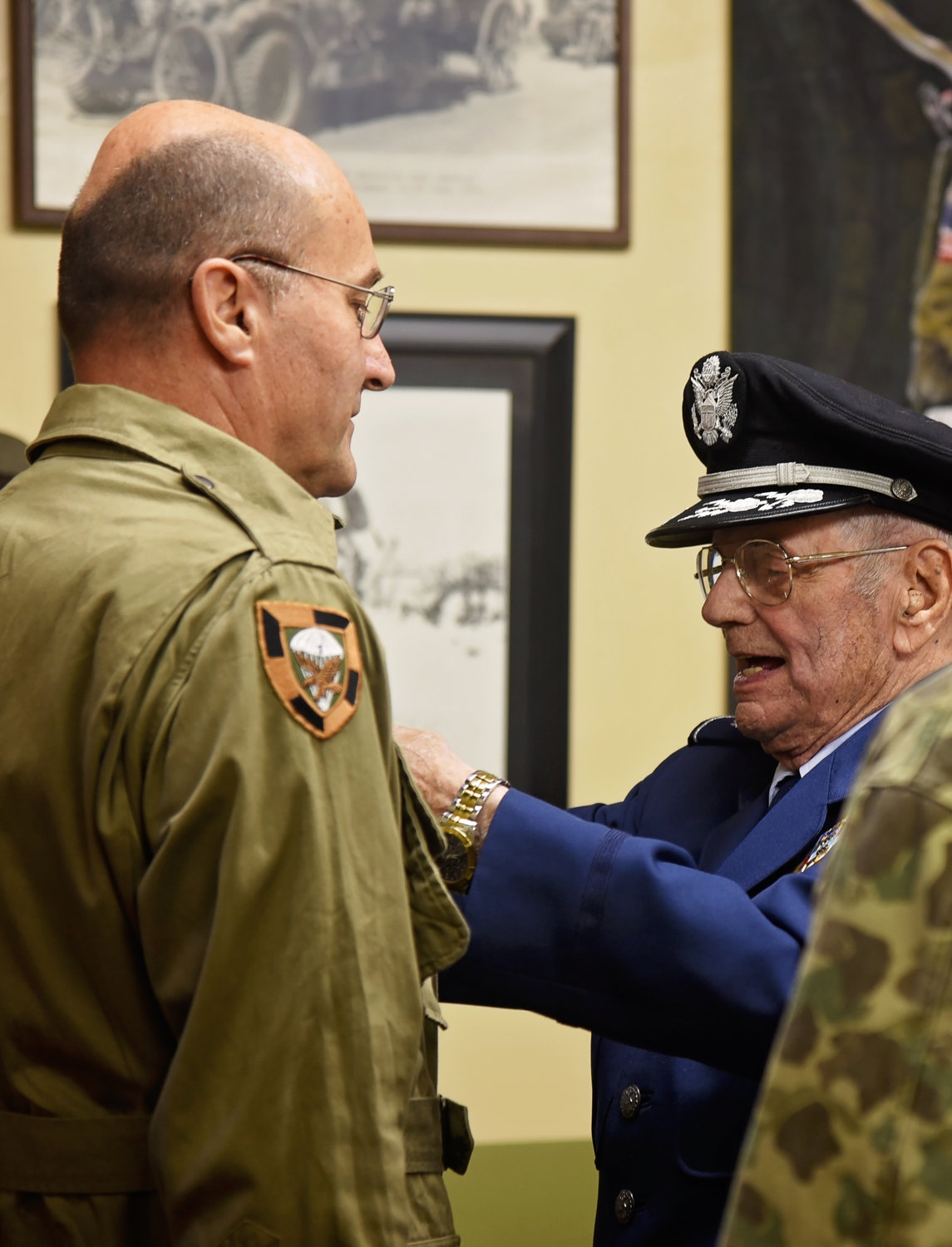 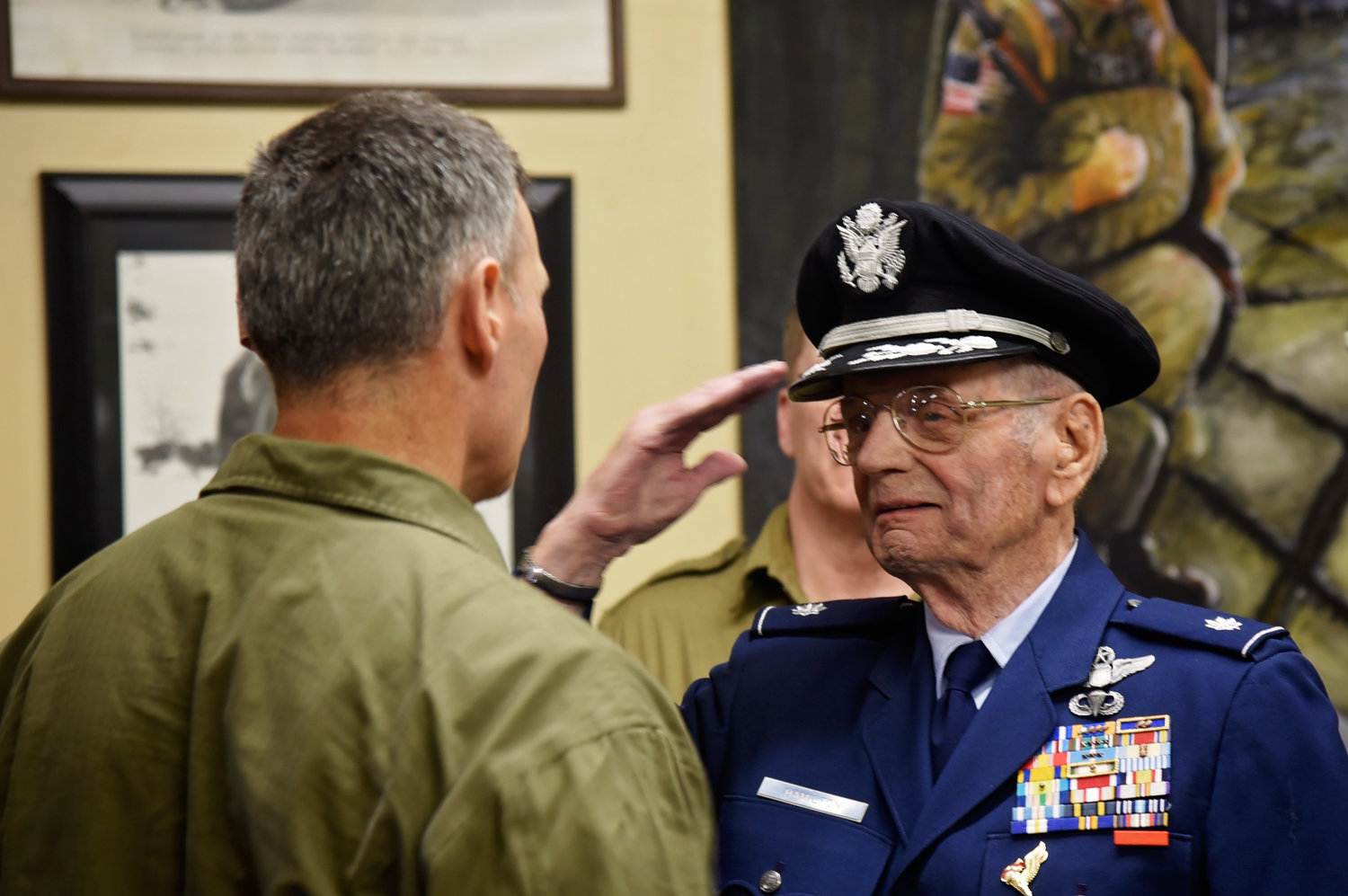 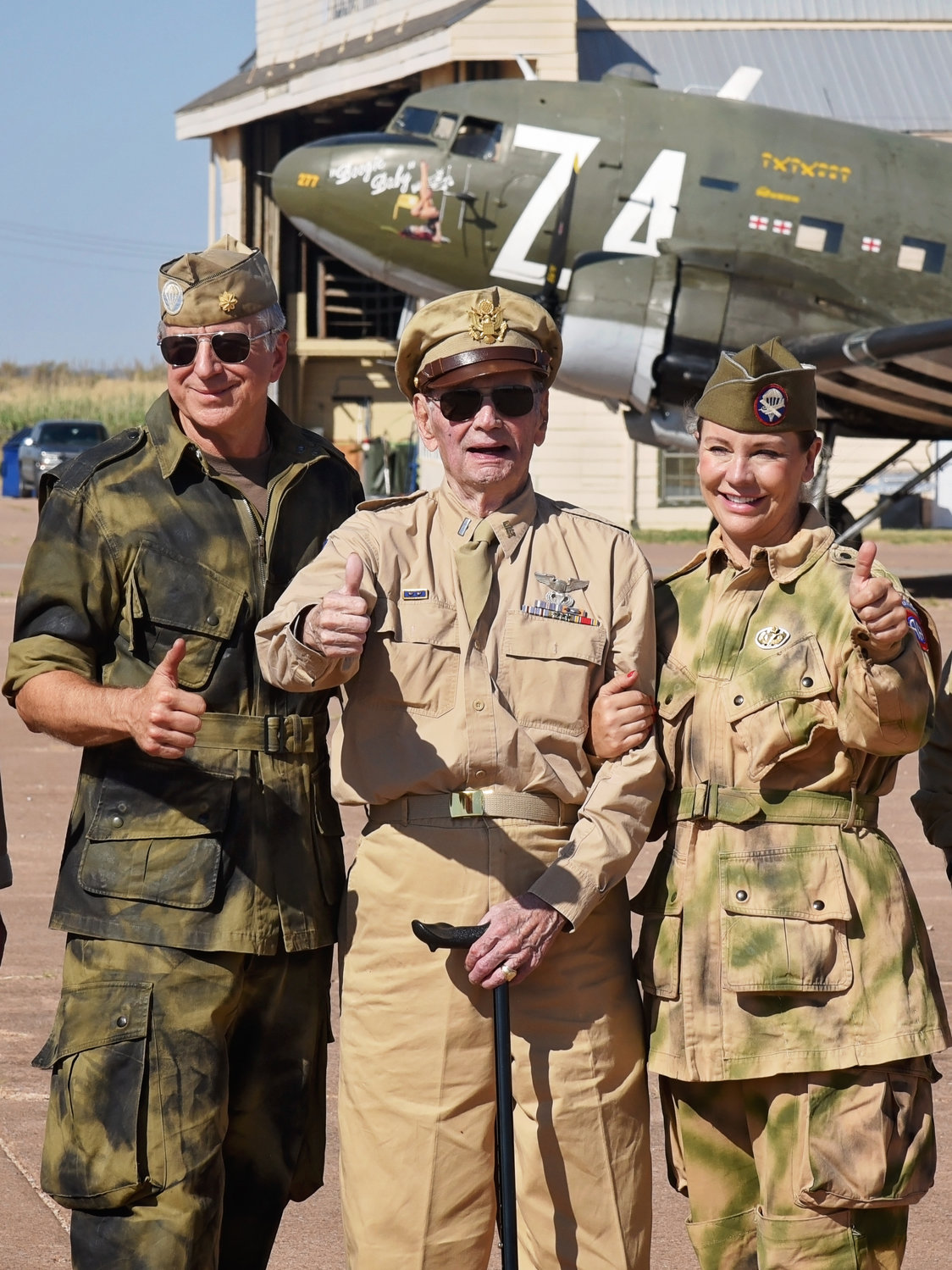 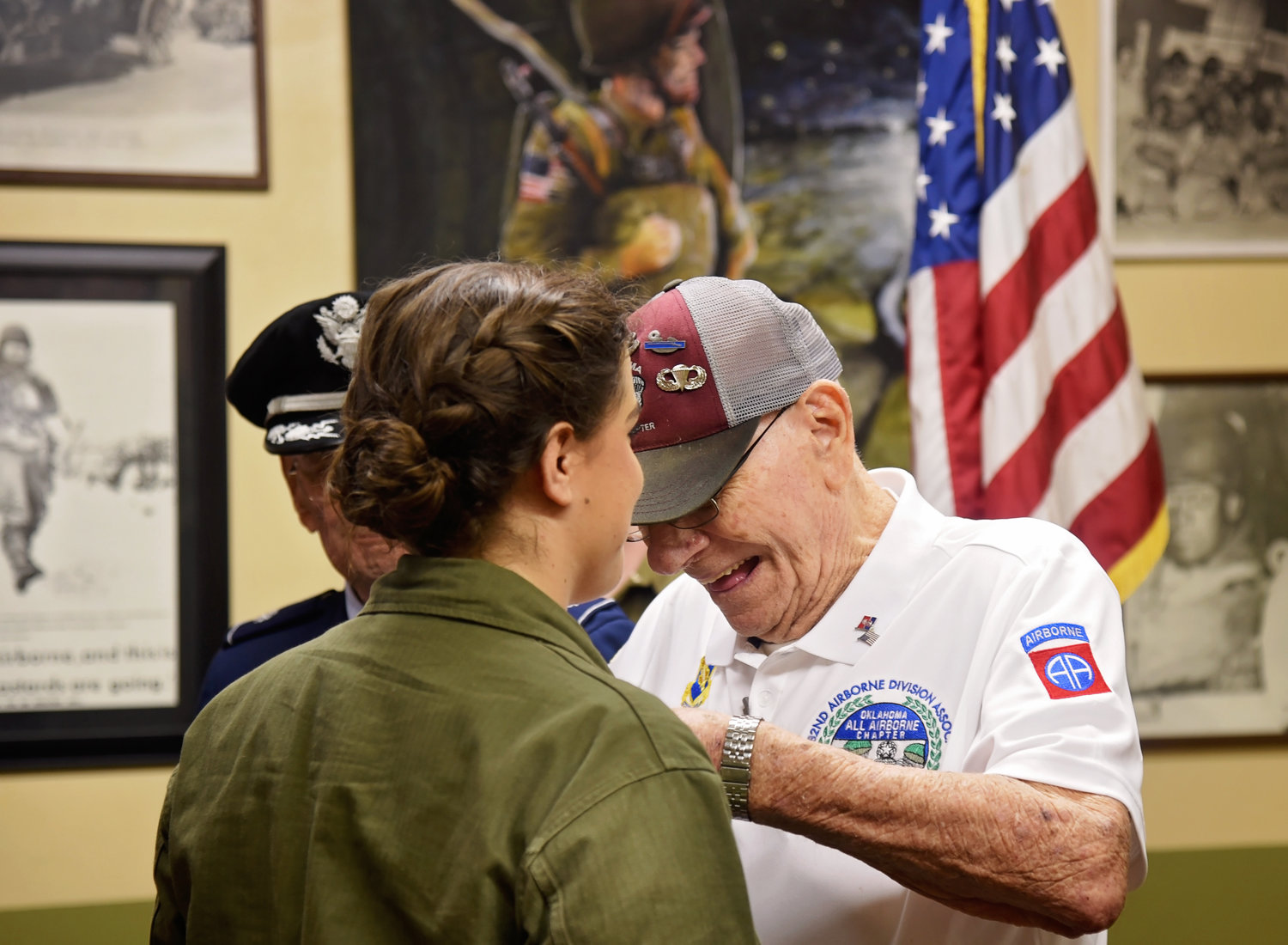 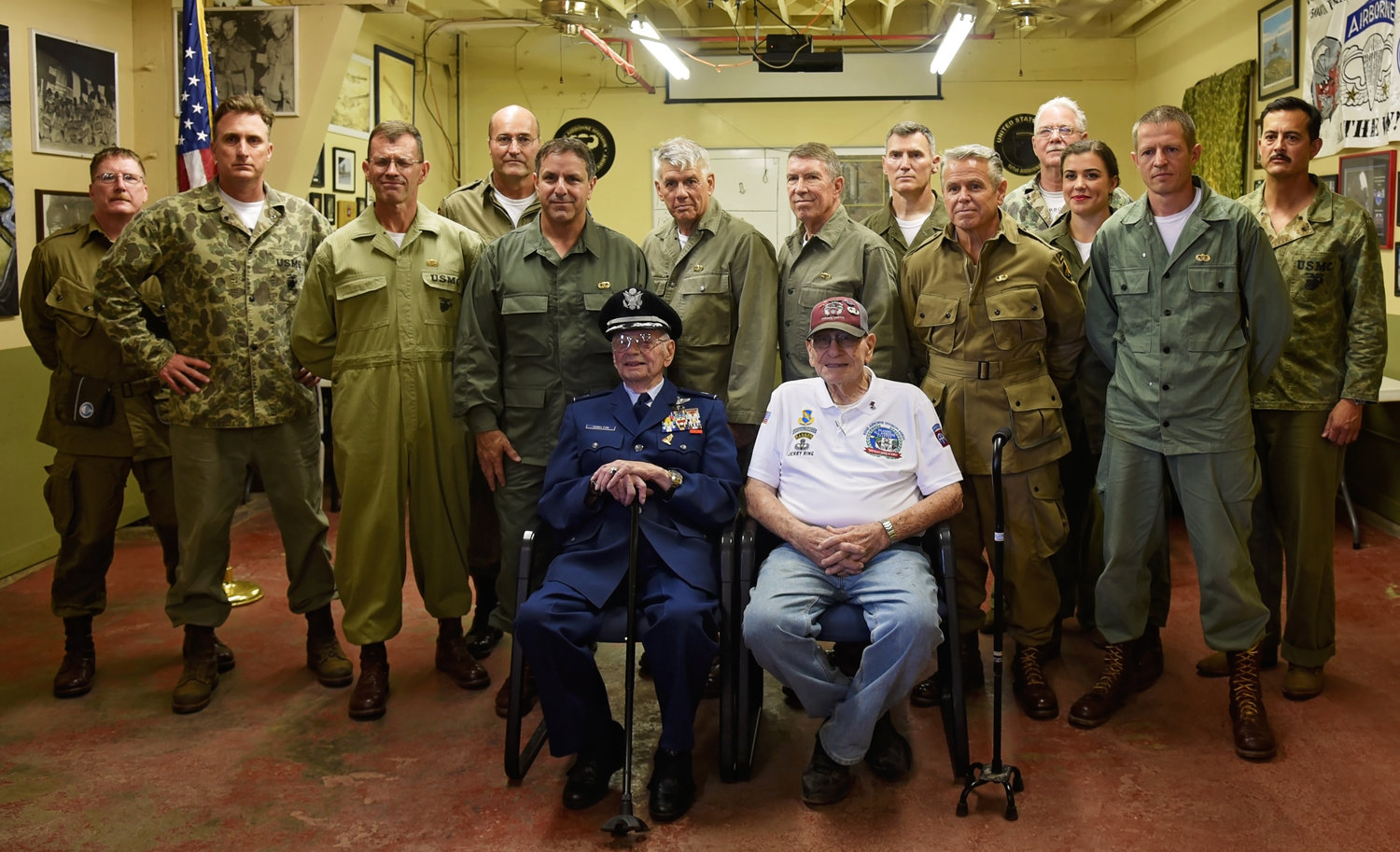 Tucked away in Tillman County is a World War II Army Airfield. Frederick Army Airfield was opened Sept. 23, 1942, to train pilots. Although the Airfield’s military flight operations ceased in October 1945, stepping through those doors is like stepping back into history.

Now owned by the World War II Airborne Demonstration Team, Frederick Army Airfield is a bustling community full of World War II history enthusiasts who want nothing more than to “Remember, Honor, and Serve” those who served their country so bravely and selflessly.

The Team’s goal is to foster, promote and engage in research of WWII airborne operations and military history and to inform and educate the public through airborne operations demonstrations throughout the United States. Their activities within the community and at public events focus on educating others about the winning traits and motivations of the WWII heroes who fought for America.

The team hosts two parachute schools each year – one in July and one in October. From the moment students walk through the hangar doors at Frederick Army Airfield or step out the door of the team’s C-47 or C-49 on their fifth and qualifying jump, they are immersed in an atmosphere of a training facility straight out of the WWII era. Summer Jump School (SJS22) was held during the hottest week of the year to date, causing the SJS22 class to go from 24, to just nine by the time graduation rolled around, Saturday July 23, 2022.

Earlier in the week, five students returned from the October 2021 jump school to finish earning their wings. FJS21 was impacted by high winds so those students weren’t able to get the five qualifying jumps needed to earn their wings. Those students are:

The nine-day course is one of the most professional and detailed course available in the world, making it a popular destination for anyone looking for an authentic WWII experience. Students not only come from within the United States, but they travel across oceans to take part in the WWII Airborne Demonstration Team’s jump schools. Neil Holtzhausen came all the way from South Africa to earn his wings.

“I found out about the team through Facebook,” Holtzhausen said. “I was Airborne in South Africa. I wanted to come for the nostalgia and this seemed like a really professional outfit. There’s one closer to where I live but I wanted to do this one.”

Student Stuart Lockhart, from New Jersey, said his enthusiasm for WWII made him want to attend SJS22.

Student Martin Gallagher came down from Minnesota. He said he found out about the team from a Magazine.

“I’m a bit of a history nerd and big on World War II history, and we’re losing these guys at a rapid rate and soon there won’t be any World War II vets left anymore,” Gallagher said. “This is a way to preserve that legacy and kind of remind people what their sacrifice was and what they went through. I think that’s really important.”

“I’m just here for a cool t-shirt and a picture,” he joked. “I’m interested in World War II history and I thought this would be a good way to play a part in that. I have some civilian skydiving experience. This is full immersion. I read an article and saw the pictures and new I had to email these guys.”

Despite the difficulties and the heat, nine students made it through to graduation. Those students are:

To find out more about the WWII ADT, to sign up for a jump school, or to donate, visit https://wwiiadt.org/. They are a registered 501(c)(3) Not For Profit Foundation.