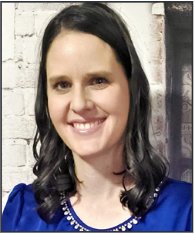 I’ve seen comments (usually on social media) talking about it being wrong to have any sort of opinions in newspapers – specifically this one. However, opinion in newspapers isn’t a new thing. Ever since I was a kid, my favorite sections of the newspaper were comics, puzzles, and opinion.

It wasn’t until I started working for the Press-Leader nearly six years ago that I realized a lot of people don’t understand that many news sources have opinion sections. Not just small papers like the Press-Leader, but also mainstream news outlets like Fox and CNN.

While news articles should present just the facts without the bias of the journalist, opinion pieces are different. They are based on the writer’s personal experiences and feelings about any range of topics.

There are four main kinds of opinion that you might in a newspaper. They could run all four, just one, or a combination of them.

One opinion piece is the column, like this one, or the one that Wes Kinder writes. A column is an article containing the opinions of the author. They are not necessarily the opinions of the newspaper owners, publishers, or editors. There aren’t many topics I can think of that would be off limits in a column, although there are limits on how you can talk about a topic. For instance, you can talk about being anti-tobacco products, but you can’t use a tobacco-user’s name and defame them or talk about specifics of their tobacco use.

The next opinion piece is the cartoon. A cartoon is an illustration that appears in a newspaper and usually pokes fun at current events. It often expresses the opinion of the artist while trying to bring awareness to different topics. Again, this opinion is usually the artist’s, and not necessarily the opinion of the owners, publishers, or editors.

The last opinion piece I’ll talk about is the Letter to the Editor. This opinion piece is different because it utilizes the opinion of the public. Readers can express their opinion either in support of or against any of the opinion pieces we publish, or they can simply express their frustrations or admiration on a topic of their choosing. Anyone can send a Letter to the Editor to the Press-Leader by emailing a Word Document to [email protected] They must be 500 words or less and must include a way for the editor to contact the author to ensure they are a real person and a Tillman County Resident. They also cannot contain foul language or defame anyone.

If you have any questions about any of the opinion pieces I have described above, feel free to email me or send a Facebook message.

The next time you feel the urge to complain about an opinion piece having a place in the Press-Leader, just remember, we’re not the only news organization that publishes opinion pieces. I urge you to look up some mainstream news opinion pieces. They are usually entertaining, whether you agree with the authors or not.