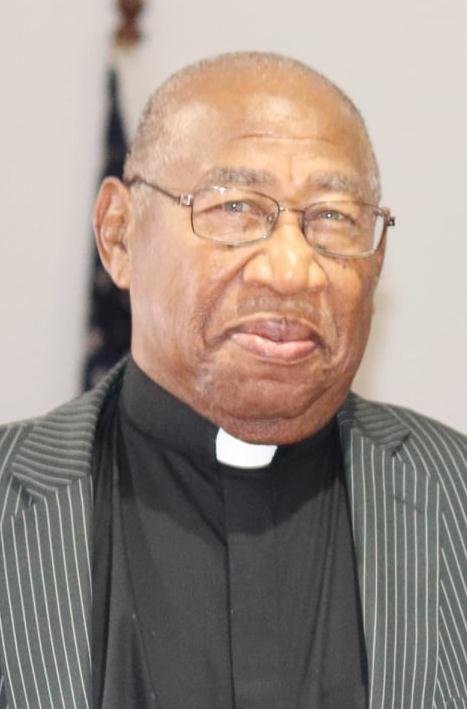 A Celebration of Life for Pastor Lloyd R. Logan, 83 of Frederick, was scheduled for 11 a.m., Tuesday, Jan.  25, 2022, in the Bomber Hanger at the Frederick High School with Dr. Michael Logan officiating. Burial was set to follow in the Frederick Memorial Cemetery under the direction of Jackson Funeral Home of Frederick.  Pastor Logan passed from this life on Friday, Jan. 14, 2022, at Comanche County Memorial Hospital in Lawton.

Lloyd Ray Logan was born June 25, 1938, to Vollie Mae Adams and Leslie Logan.  He was raised by his grandparents, Squire and Estelle Adams. He attended Boyd High, where he lettered in football and was an outstanding athlete. He ran track, played in the band and was an outstanding football and basketball player. He was on the first football team that integrated with Frederick High School, where they played their way to the State Championship in 1956. He graduated from Boyd High School in 1957, and later attended Denver University in Denver, Colorado.

On Aug. 18, 1958, he and Oqunia Turner were united in marriage in Frederick.  He worked as a supervisor at Centra Leather Goods for 31 years. Mrs. Logan “prayed him in” and lead him to the Lord in 1975; he began in the ministry in 1976, at Hawkins Chapel Church of God in Christ under the late Lathan Archie Sr.  In 1977, he was licensed and ordained and continued as an associate pastor at Hawkins Chapel.  In 1986, he was later called to be Senior Pastor of First Baptist Missionary Church, where he served for over 35 years until his death.

Pastor Logan was a member of the Crystal Gate Lodge #173 from June 21, 1960, until his death.  He was also a member of Willie A. Gallop Lodge #377.  He had served as Assistant Grand Chaplain for 10 years and Grand Chaplain for 23 years in the Grand Lodge, Prince Hall F & AM.  He also served as a city council member for the City of Frederick for several years.  He was active in the local NAACP where he had been president for numerous years.

He is survived by his wife of 63 years, Oqunia Logan, of the home; his honorary son, Elbert McGhee and his wife Jeanette of Pilot Point, Texas; his children, Cynthia Benford and her husband Ernest of Moore, Angela Logan of Denver, Colorado, Jacquelin Kelly and husband Al, Sr. of Lawton, Lloyd Logan, Jr. of Denver, Colorado, Marcus Benjamin and his wife Donna of Lawton, Michael Logan and his wife Carolyn of Lawton, Victoria Moore and her husband Spence of Newport, Virginia, Yvonne Benjamin of Houston, Texas, Jana Logan-Simpson of Frederick; his daughter-in-law, Clara Logan of Houston, Texas; and an honorary daughter, Harriett Washington of Stone Point, Georgia.  He is also survived by an uncle that raised him like a brother, Early Adams of Fort Worth, Texas; twenty-five grandchildren, eighteen great-grandchildren; and a host of honorary adopted sons and daughters; many nieces and nephews, cousins, other family members, and many friends.

He was preceded in death by his grandparents, Squire and Estelle Adams; his mother, Vollie Mae Adams; his dad, Leslie Logan; one brother, Johnny Morgan; one sister, Thema Owens; one son, Kenneth Logan, Sr.; one granddaughter, Detra Logan; and uncles and aunts that were like his siblings, Claudine Williams, James Adams, Jessie Thompson, and Lillian Johnson.

Memorial contributions may be made to the Oklahoma Medical Research Foundation for Dialysis Research, St. Jude Children Hospital, or to the Lloyd R. Logan Scholarship for Pastor Lloyd R. Logan.

Due to COVID-19, mask and social distancing is recommended at the wake and funeral service for Pastor Logan.