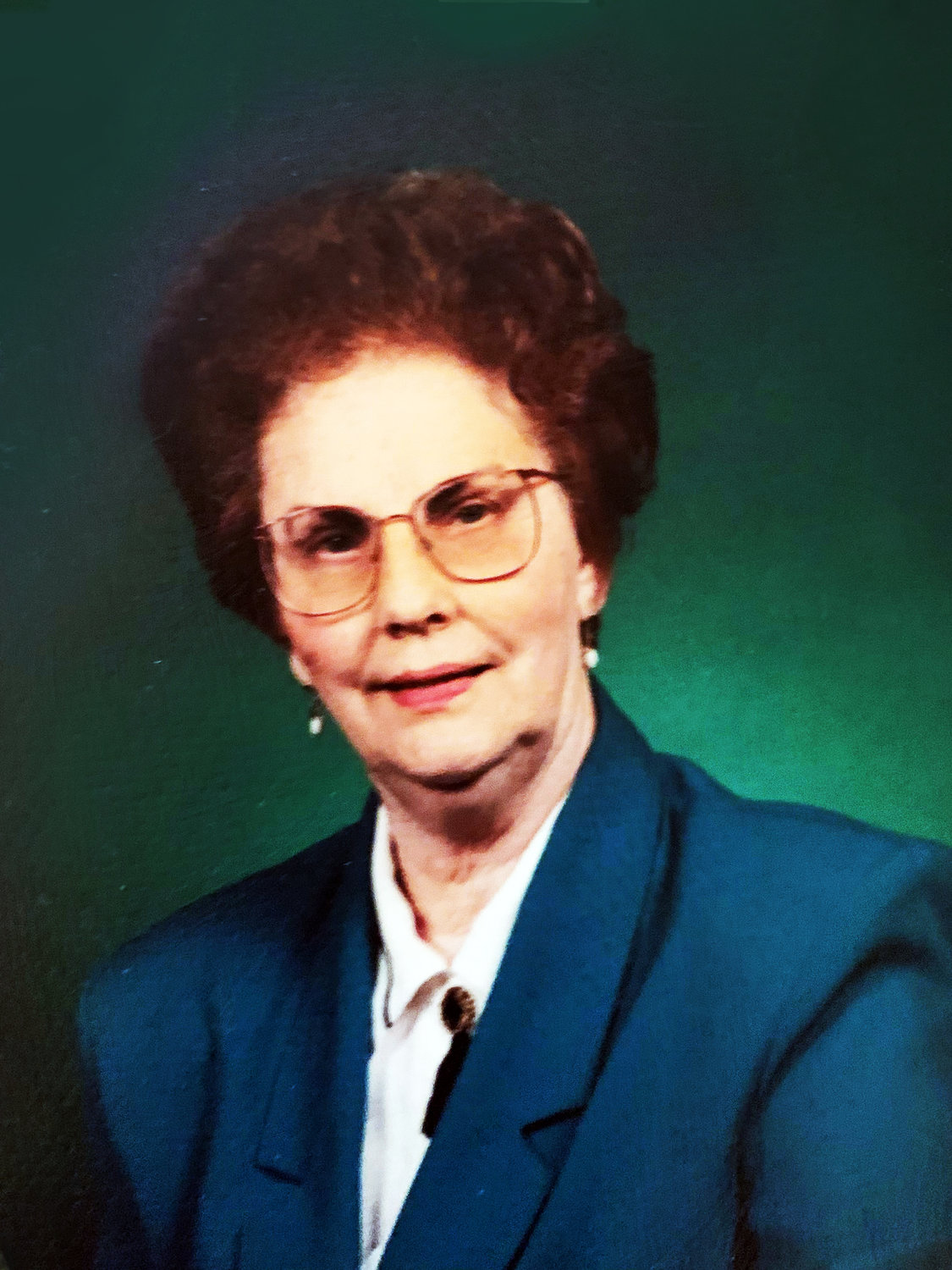 Funeral services for Louise Dalton, 97, were scheduled for 10:30 a.m. Thursday, July 7, 2022, at the Orr Gray Gish Chapel with Mike Haverland, minister of the Frederick Church of Christ, officiating.

Mrs. Dalton passed away July 3, 2022 in Edmond. Interment was set for 3 p.m. Thursday in the Fairview Cemetery in Tuttle.

Arrangements were under the direction of Orr Gray Gish Funeral Home.

Mrs. Dalton was born Sept. 23, 1924, at Tuttle to Leslie and Bliss Hestand. She attended school in Tuttle and graduated from Tuttle High School in 1942. She married Buddy Dalton on July 18, 1942, in Reno, Nevada. To this union, three children were born: Sharon Dalton Reynolds, Mark Wayne Dalton and Steven Paul Dalton.

Louise lived at numerous locations across the country, living near Buddy during his US Air Force career that began in November 1942. Following Buddy’s honorable discharge in 1945, the couple moved to San Francisco where he attended mortuary school and she was employed at a local newspaper office. In 1952, Buddy and Louise moved to Frederick where he was employed as a funeral director. They left Frederick for a brief time living in Chickasha and Oklahoma City before returning to Frederick to purchase the McLellan Funeral Home which they operated for many years. Louise was licensed as both a funeral director and beauty operator. Following Buddy’s death on June 16, 1993, Louise worked ten more years as a funeral director in Frederick. After retiring, Louise enjoyed several trips around the country with tour groups. In 2018, she moved to Tealridge Assisted Living in Edmond, OK. Throughout her years in Frederick, Mrs. Dalton was a member of the 13th and Josephine Church of Christ.