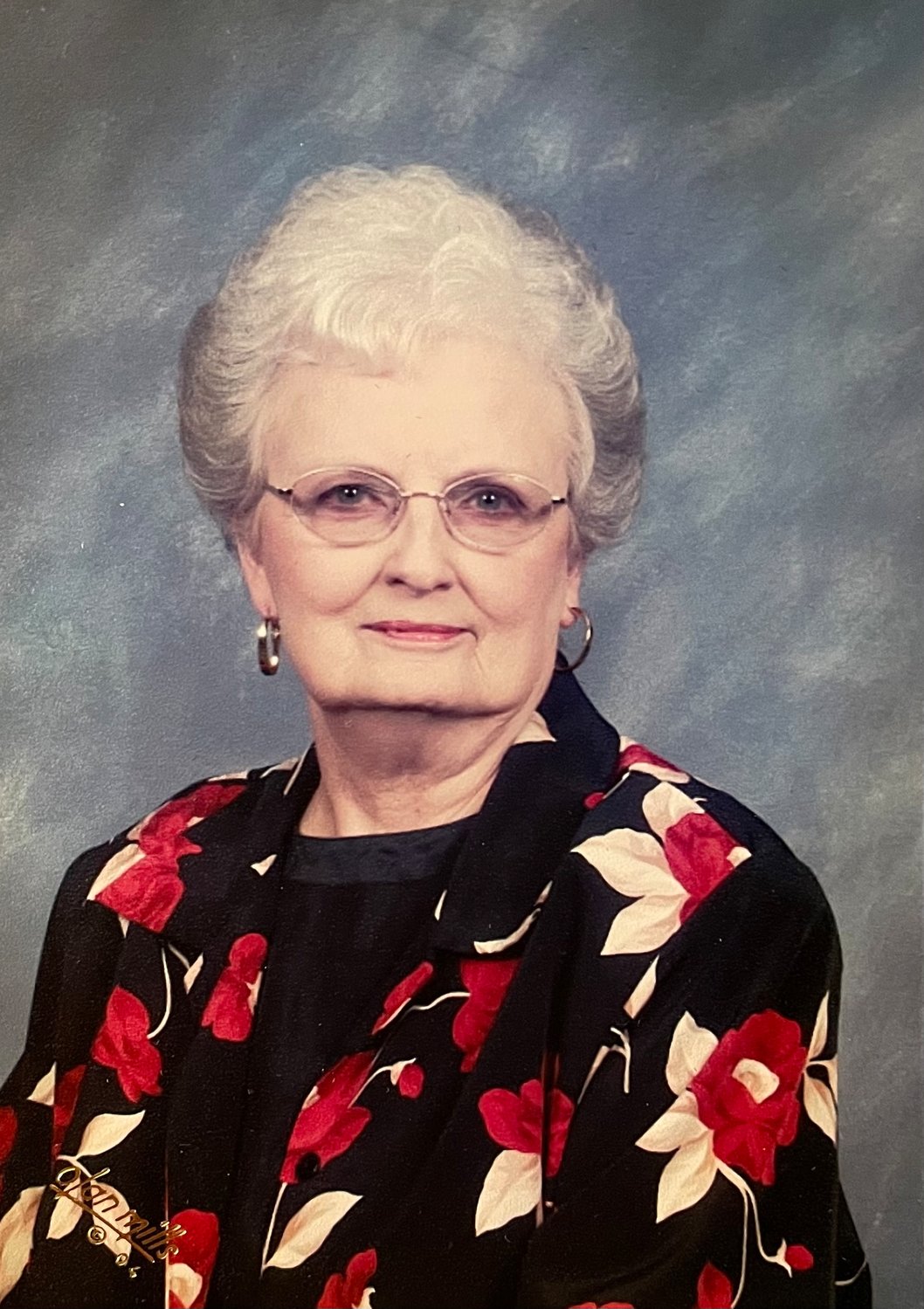 A Private Graveside Service for Lois Frank (French) Higgins, 92 of Frederick, was held on Monday, Feb. 28, 2022, in the Frederick Memorial Cemetery under the direction of Jackson Funeral Home of Frederick. Mrs. Higgins passed away on Tuesday, Feb. 22, 2022, at her home in Frederick.

Lois Frank French was born to Frank and Alta (Burke) French on Nov. 22, 1929, on the family homestead near Davidson.  She was the youngest of 4 children. Lois was affectionately called “Toady” by those closest to her, a nickname given by her father in early childhood.

Lois attended Victory school where she graduated in 1947.  She enjoyed playing basketball for Victory High School.  She then spent two years at the University of Oklahoma where she was a member of the Alpha Lambda Delta National Honorary Sorority.  She returned to Tillman County after the sudden death of her father in August 1949.

Lois married her soul mate, Elbert Higgins, Jr. on July 1, 1950.  She then started working for the ASCS office, currently the Farm Service Agency in 1960 where she worked until she retired in 1994 after 45 years of service. The couple had two children, Stephen Frank and Gina Gae.

Lois was passionate about her children and grandchildren. She enjoyed summers at the lake with her sister, Alice Lee, taking trips to stay with her sister, Greta or spending time with her brother, Buddy.  Lois enjoyed spending time in her flowerbeds, with her pets and maintaining her yard.  She loved redoing furniture and could often be seen walking through Frederick.  When her grandchildren arrived, her joy became making trips to Fort Smith for birthdays, watching sporting events, or keeping all four grandchildren during the summers.

Lois was a faithful member of the First Baptist Church of Frederick.