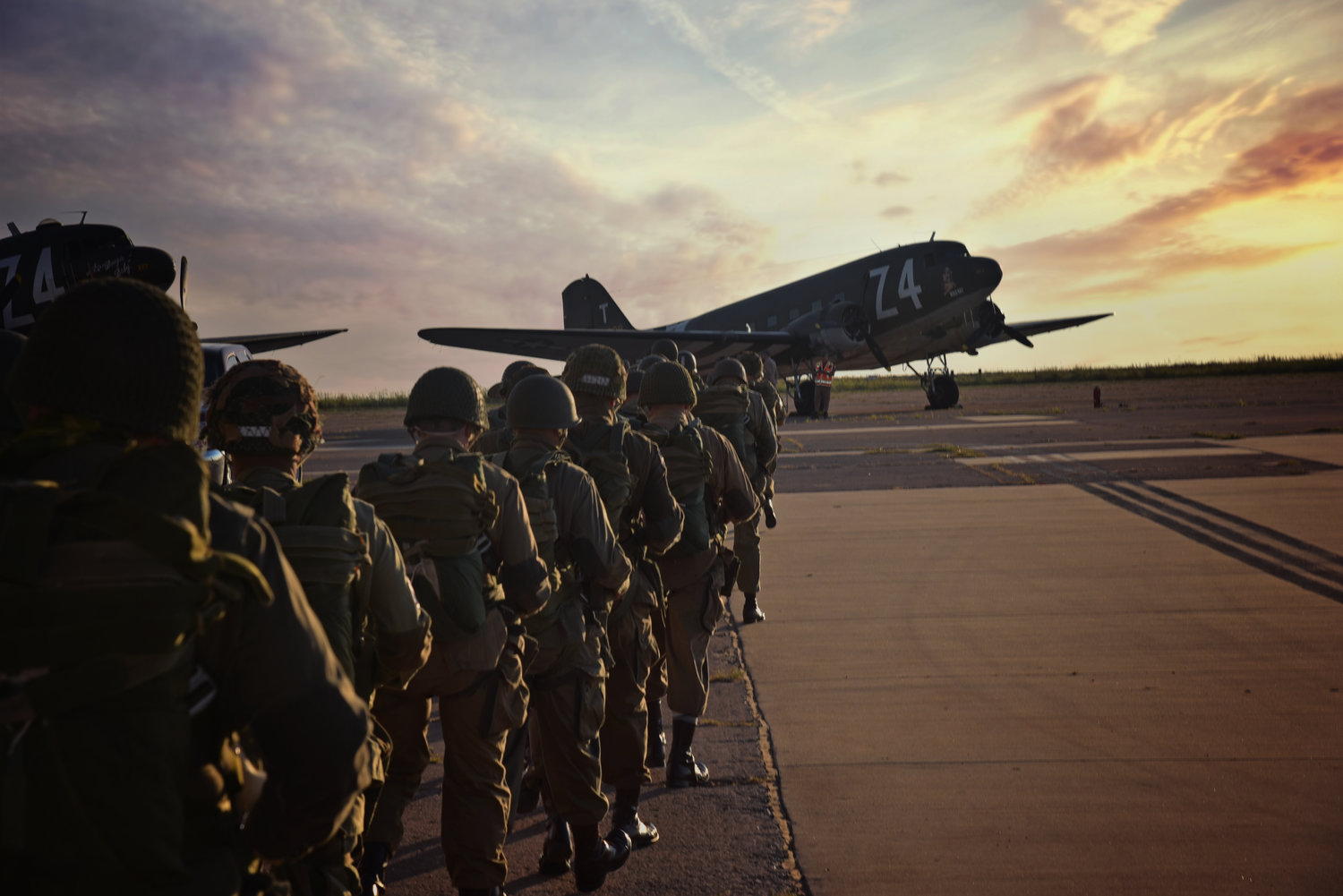 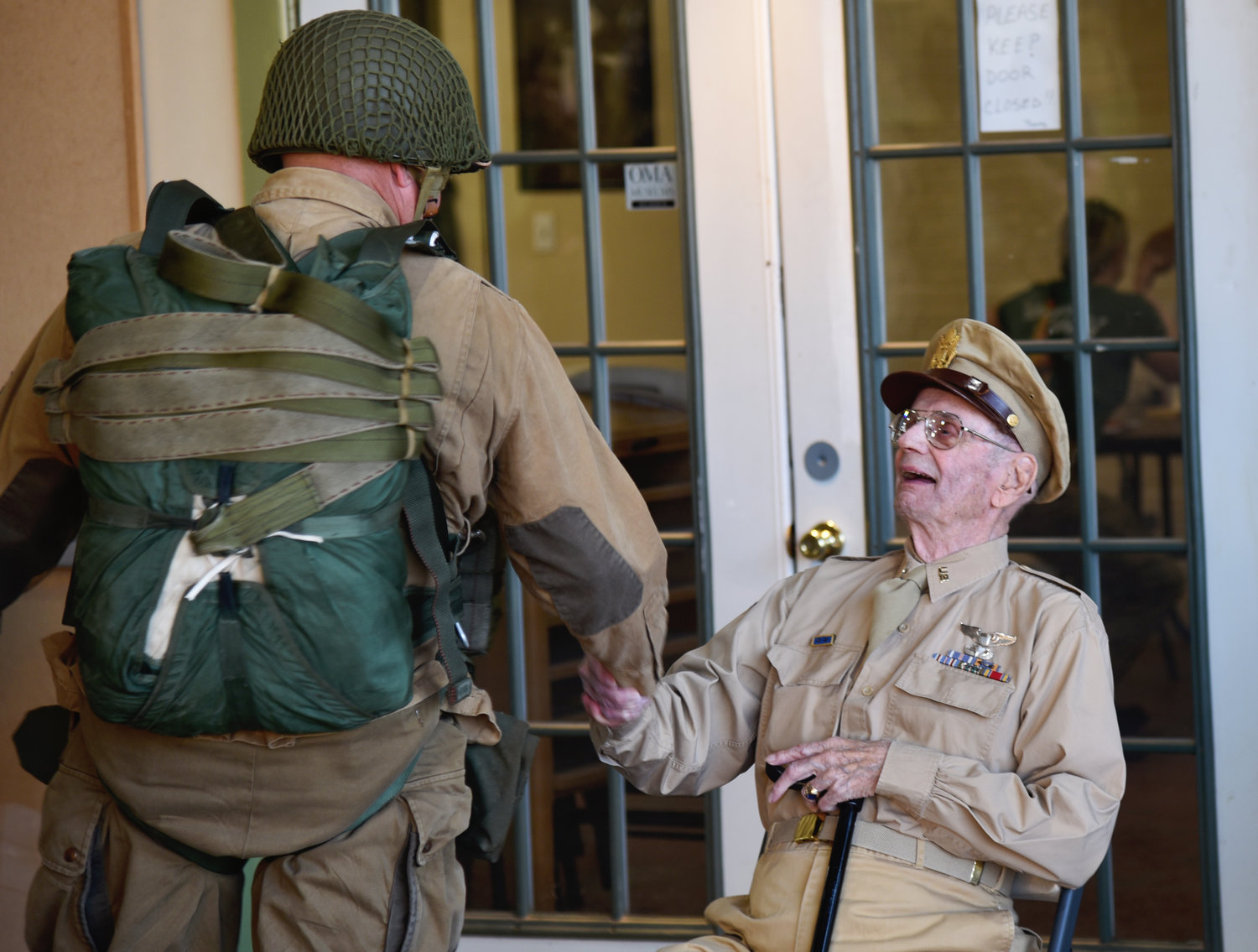 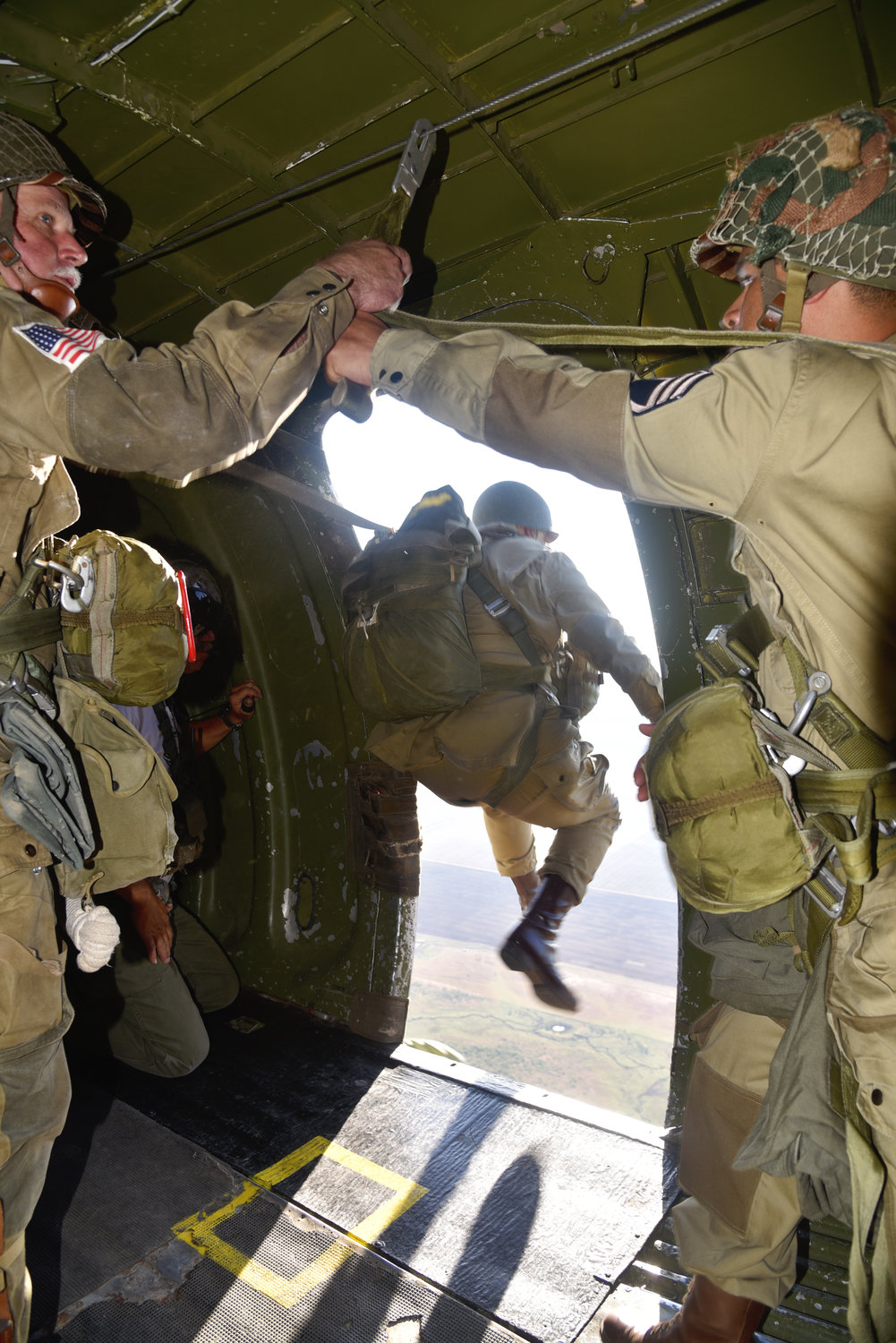 Remember. Honor. Serve. That is the motto of the World War II Airborne Demonstration team and it is what they do best.

LTC Dave Hamilton enlisted in the United States Army Air Force the day after Pearl Harbor was bombed in 1941. During his career, he dropped paratroopers into Normandy during D-Day on June 6, 1944, dropped troopers during Operation Dragoon in August of 1944, and dropped troopers in Holland during Market Garden in September of 1944. In December of 1944, he led C-47s in for a supply drop to the 101st Airborne at Bastogne. Over the course of his military career, he performed various duties. LTC Hamilton said the secret to his longevity is, “Good genes and the bad aim of a lot of anti-aircraft gunners.”

He also said he didn’t expect to make it to 100, but he’s thankful.

Hamilton has been a regular at Frederick Army Airfield since his 97th birthday. Plans began right after his 99th birthday to have him come back for his 100th birthday.

Hamilton reportedly told WWII ADT team members that even if he didn’t make it to his 100th birthday, that his family would send his remains to jump one more time.

Family accompanied him to Frederick for his birthday celebration. His son Pierson Hamilton and his wife Diana visited Frederick, as well as Pete Hamilton, LTC Hamilton’s nephew.

LTC Hamilton was overcome with gratitude for the WWII ADT and their support of him. Several organizations were at his birthday celebration to recognize this momentous occasion, including the Pathfinder Association, the 82nd Airborne Association, and the Commemorative Air Force. He was presented with several gifts, and more than 460 birthday cards.

If you weren’t able to visit with LTC Hamilton this past Saturday, be sure to attend the WWII ADT’s Open Hangar Day this Saturday, July 23, 2022, to shake his hand and celebrate the accomplishments of this year's Jump School graduates as they receive their wings.