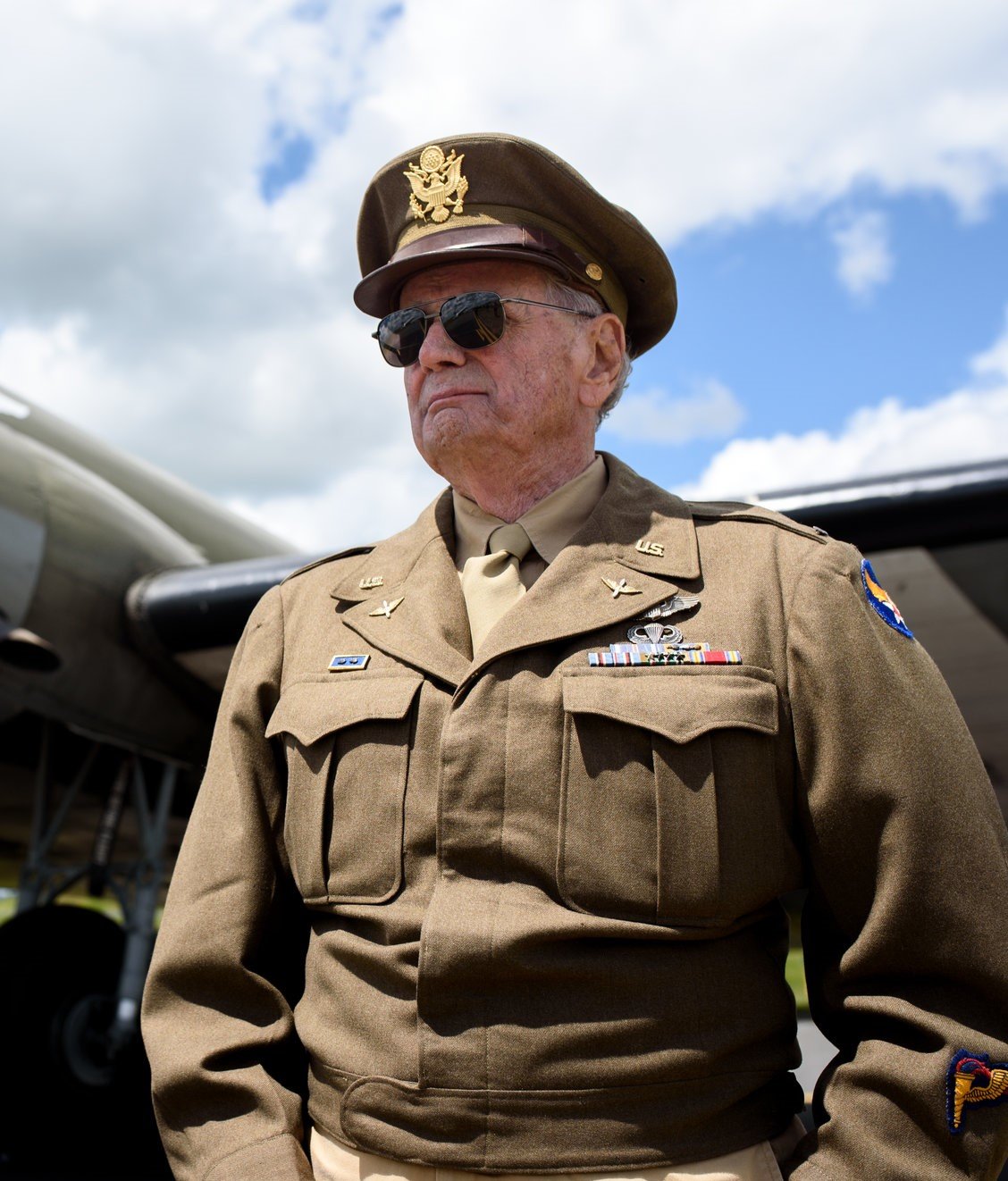 The Airborne Operations will take place at the Frederick Army Airfield, home of the WWII ADT. Frederick

Army Airfield was built during WWII and served as a pilot training base. Hamilton, the last surviving Pathfinder pilot from the Normandy Invasion, also flew troops/cargo in operations Dragoon and Market-Garden as well as the Battle of the Bulge. He logged 51 combat missions in attack bombers during the Korean War receiving the Distinguished Flying Cross.

Time: Airborne Operations will commence at 6:45 a.m. Interview opportunities with Lt. Col. Hamilton, WWII ADT Team Members, and living history parachutists will be available before Airborne Operations and after jump ops. Jump ops are expected to end at 9 a.m. Drop Zone Access may be permitted with prior coordination.

About the WWII Airborne Demonstration Team:

Considered to be the premier living history team of World War Two parachute operations, the WWII Airborne Demonstration Team Foundation was formed to remember, honor and serve the memory of those men and women who fought and died to preserve freedom. Like those who served during the war, our members come from all corners of the world, all walks of life and with or without prior military or parachuting experience. We host an immersive Parachute School two times a year at our WWII era hangar in Frederick, OK where students are held to the high standards of safety, execution, and performance commensurate with the Airborne ideals. The Team performs at air shows and commemorations across the globe in support of our vision to keep the stories of the WWII generation alive to inspire others. Learn more at www.wwiiadt.org and at https://www.facebook.com/wwiiairbornedemonstrationteam