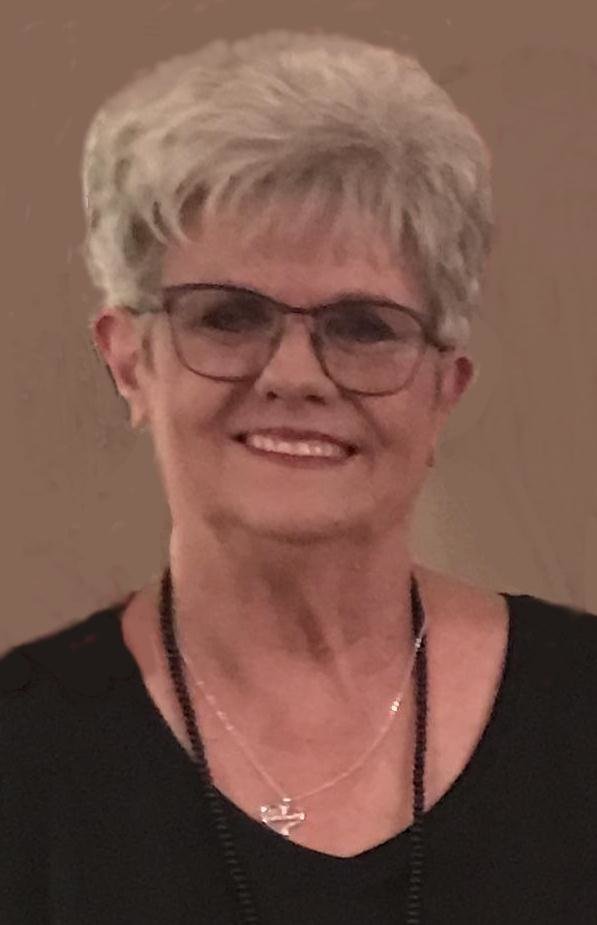 Brenda Sue (Blankenship) Challacombe, 73, of Frederick, passed away Monday, Jan. 17, 2022, at the Memorial Nursing Center in Frederick, Oklahoma. A service will be held at a later date. Brenda was born July 26, 1948, in Frederick to Robroy and Norma Sue (Conditt) Blankenship.

On Sept. 2, 1967, she was united in marriage to Thomas J. Challacombe in Frederick.  Brenda was a life-long learner and teacher. She taught school at Manitou Public Schools for several years before transferring to Frederick Public Schools where she taught at both the elementary and middle schools. In 1994, she became principal of Frederick Elementary until her retirement in 2010. She was known by many of her students and fellow teachers for her catch phrase “Troops, you are wearing me slick!”

She always spoke fondly of her days in Manitou of popping popcorn for basketball games and driving the school bus. She had a keen sense of humor like when she kissed a pig at the Frederick Elementary Fall Fest and loved dressing up for Halloween, as well as seeing her students in their costumes. She was a brilliant storyteller and would have the room laughing with her quick wit.

She was a member of the Frederick First Baptist Church. Brenda was a wife, mother, nana, sis, Aunt B, and had many life-long cherished friends. After she retired, she looked forward to her weekly bridge game, reading People magazine and spending time with her grandchildren.

She was proceeded in death by her parents; and one brother and sister-in-law, Bill and Patti Blankenship.

Memorial contributions may be made to the Frederick School Enrichment Foundation in memory of Brenda Sue (Blankenship) Challacombe.

An online guest book is available at jacksonfuneral.net.